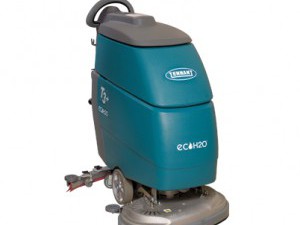 “The sluggish business environment that we encountered in the 2015 fourth quarter carried over into the 2016 first quarter, making for a difficult comparison against record sales in the prior year period,” said Chris Killingstad, Tennant Company’s president and chief executive officer.

“Despite the continued economic volatility, we increased earnings per share in the 2016 first quarter versus the year ago quarter on a constant currency basis. We were encouraged to see rising sales momentum toward the end of the first quarter.”

Going forward, the company has said that it remains in a good position ‘to gain leverage and improve operating efficiencies’.

As one of the world leaders in manufacturing solutions that help create a cleaner, safer and healthier world, Tennant Company will continue to pursue its growth strategy.

‘The company plans to reach its US $1 billion (AU $1.3 billion) organic sales goal through a strong new product and technology pipeline, continued gains in emerging markets, a return to growth in Europe, a focus on strategic accounts and an enhanced go-to-market strategy designed to significantly expand Tennant’s worldwide market coverage and customer base’.