Advertisement
Cleaning and catering giant Spotless has reaffirmed its full-year net profit will drop 10 per cent, but is 'confident the worst is behind the company', reports Jared Lynch in a 23 February SMH post. 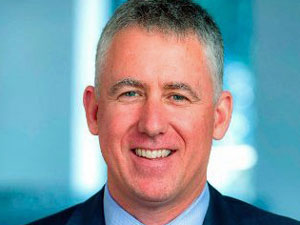 Cleaning and catering giant Spotless has reaffirmed its full-year net profit will drop 10 per cent, but is ‘confident the worst is behind the company’, reports Jared Lynch in a 23 February Sydney Morning Herald (SMH) post.

Chief executive Martin Sheppard attributed the profit dive – read the background story here – to a delay and deferral of contracts and new acquisitions not being integrated as smoothly as hoped.

‘It spent $9 million on “unsuccessful tenders” during the first half of 2016. Another $10.2 million was spent on acquisition transactions and integration and “small bid” costs.’

Mr Sheppard said these were “short-term issues”, which the company expected to “resolve during the current financial year”. The acquisitions he was referring to were laundries in Adelaide and Sydney.

Mr Sheppard said those businesses were expected to be fully integrated into the company by June 30. “Consistent with the market guidance issued on December 2 last year, we consider the company’s acquisition integration challenges to be short-term. The underlying performance of the business continues to be strong,” he said.

‘He also announced the full-year net profit would be 10 per cent lower than 2016, but ‘from next financial year the company should benefit from the full integration of the laundry businesses, “price escalations in existing contracts” as well as “new wins in a steadily growing contestable market”,’ SMH reported.

While Mr Sheppard’s comments are positive, there is continued speculation that Spotless is in the firing line for acquisition – read original post. The Australian’s Business Spectator has reported that ‘one of Spotless’s rivals is believed to be closing in on the $1.2 billion services company as a takeover target, with sources suggesting the interested suitor may be one of three outsourcing firms ISS, Sodexo or Aramark.’