Advertisement
The Fair Work Ombudsman has released a press statement reminding Australian employers that a new National Minimum Wage will come into effect from the first pay period on or after 1 July 2016. 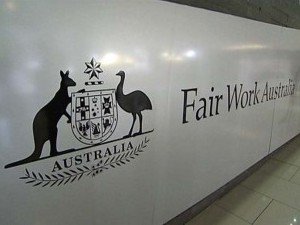 The Fair Work Ombudsman has released a press statement reminding Australian employers that a new National Minimum Wage will come into effect from the first pay period on or after 1 July 2016.

‘Last month, the Fair Work Commission announced a 2.4 per cent increase to the National Minimum Wage, Modern Award wage rates and agreed base rates of pay’. The minimum hourly rate will increase from $17.29 to $17.70.

Fair Work Ombudsman Natalie James said that ‘the agency’s online pay tools can assist employers calculate their new wage rates and ensure they are compliant with their workforce obligations’.

She also added that ‘underpayment of wages detected by Fair Work inspectors can often be traced back to a failure by employers to pass on annual wage rises’.

“If left unchecked for a long period, businesses can ultimately end up with a hefty back-payment bill they were not budgeting for,” she explained.

Equally as important, cleaners must be assigned to the correct classification level within the Award, so there will be a number of different rates which will be payable depending on their classification.

Here are some of the most commonly-asked questions about the National Minimum Wage as answered by Workforce Guardian:

No, there is no need to pass on the 2.4 per cent increase if employees are already receiving a wage/salary which is higher than the newly-adjusted minimum rates. This is because an above-Award wage can generally ‘absorb’ any increases to the underlying minimum rate of pay.

However, if your employee is covered by a Modern Award or Enterprise Agreement, it’s worth remembering they are also likely to be entitled to receive a wide range of other allowances, loadings and penalty rates. These must always be paid to eligible employees.

Each Modern Award will be updated by the FWC over the next few weeks. Although we know the base rates will rise by 2.4 per cent, the FWC will apply its own rounding to the final figures. You’ll be able to access the updated Modern Awards closer to 1 July. If you’re not sure whether you’re viewing the most recent version of the Award, just check the remarks on the Award’s front page as these confirm the last time the Award was updated.

No. The newly-adjusted minimum rates can be applied from the beginning of the first full pay period in your business on or after 1 July.

Yes, these employees must be paid a 25 per cent casual loading.

No. The FWC is currently considering a relatively minor amendment to Sunday penalty rates only for employees in the retail and hospitality sectors. The Commission’s decision on this matter will not be made until at least July, and is unrelated to the annual increase to the National Minimum Wage.

For more information on the new National Minimum Wage, have a look at Workforce Guardian’s full article in the upcoming July/August issue of INCLEAN.