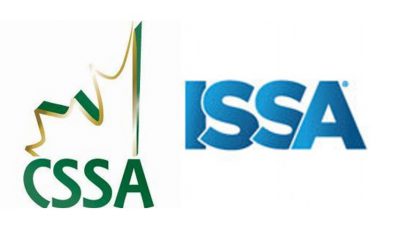 [quote]“With approval from our members to move forward with ISSA Canada, we are in a much better position to provide a broader range of benefits and services thus creating a greater value for our members,” said Mike Nosko, ISSA Canada executive director.[/quote]

[quote]“The integration plan between ISSA and CSSA has been in development for more than a year. Maintaining our Canadian identity within the industry was a critical component in moving forward. ISSA Canada will invest heavily in its operations and infrastructure to help ‘Canadianise’ these programs and services for our members and their customers.”[/quote]

Under the terms of the agreement, all existing CSSA members are now members of ISSA Canada. All ISSA Canada members now have access to ISSA member benefits, including expanded educational opportunities, market exposure, networking opportunities, business tools and data, and other industry information.

[quote]“ISSA’s continued vision is to change the way the world views cleaning, “said **ISSA executive director John Barrett. “The creation of ISSA Canada allows ISSA to increase its membership and expand the association’s geographical footprint in North America while spreading our message that cleaning is an investment in human health, the environment, and an improved bottom line. ”[/quote]

The merger follows the recent announcement by CSSA that it had postponed Can Clean 2017, Canada’s largest trade show for the Canadian cleaning industry, until April 2018.

According to trade publication REMI (Real Estate Management Industry) Network, the executive board of the  CSSA confirmed various elements of the show were struggling in terms of booth sales, sponsorships, the innovation showcase area and overall progress.

REMI Network reported a Can Clean committee will be formed to develop “a robust strategy for the 2018 show, which will include re-visiting items, such as distribution being omitted as exhibitors from the show and a more defined educational program”.

**John Barret will be at the upcoming ISSA Cleaning & Hygiene Expo, taking place Tuesday 9 May – Wednesday 10 May in Melbourne, Australia. For more information, click here.