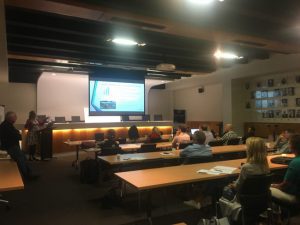 Local training workshops and a new website are among the marketing initiatives outlined by Indoor Air Quality Association (IAQA) for 2017, as the association continues to gain ground in Australia.

The IAQA, which was established in the US in 1995, launched in Australia in October last year, taking its total number of chapters to 27.

The industry body aims to bring practitioners together from a range of industries including cleaners, restorers, hygienists, suppliers and building biologists to improve indoor air quality  and indoor air environments.

President of the IAQA Australia chapter Claire Bird confirmed at its second general meeting held in Sydney, a dedicated website for the association will launch in mid-January, adding local events are also in the pipeline for 2017.

Since its inception, the IAQA Australia has developed two technical working groups including a moisture and air tightness group as well as an indoor air quality specialist group.

The IAQA underwent a global rebrand last month, unveiling a new logo, which includes a primary logo and a secondary mark with the full association name, as well as a new tagline, “Clearing the Air on Indoor Air Quality” and website.

The board of directors also announced they had finalised a ‘strategic plan’ for the association, with a focus on growth including more chapters and increasing member numbers globally.

The next meeting for the IAQA Australia will be held in March.