Advertisement
With antibiotic research declining, the cleaning industry is being called upon to help stop the spread of disease. 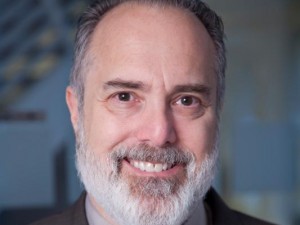 The cleaning industry is being called upon to help stop the spread of disease by stepping in and filling the void left by declining antibiotic research, advised Stephen Ashkin, president of the LA-based consulting firm The Ashkin Group.

“Increased investment in training, equipment, and health-protecting cleaning methods is already helping us accomplish this,” he said in a media release.

Mr Ashkin explained this shift is happening at a time when the so-called superbugs, which are becoming increasingly resistant to antibiotics, are spreading. For instance, the Centers for Disease Control and Prevention reported there are about 80,000 infections and 11,285 deaths each year from methicillin-resistant Staphylococcus aureus (MRSA) alone.

“This redirection means more emphasis will be placed on preventing illness, and that’s where effective and environmentally responsible cleaning comes in,” he explained.

‘Whereas pharmaceutical companies spent billions of dollars and put decades of research into the development of new antibiotics after World War II, one by one the major firms are backing away from this expensive and time-consuming research.’

At the time of writing, the major U.S. pharmaceutical companies that are said to have walked away from antibiotic research include Johnson & Johnson, Pfizer, Roche, and Bristol-Myers Squibb.

“The market for a new antibiotic is surprisingly very small, the rewards are not there, and so the [investment] capital is not flowing,” said Paul Stoffels, chief scientific officer at Johnson & Johnson. “In cancer, people pay US$30,000 [to] US$80,000 (per patient) for a drug, but for an antibiotic it is likely to be only a few hundred dollars.”