Advertisement
In response to allegations in the trade union royal commission that Cleanevent entered into anti-worker sweetheart deals with the AWU, founder Craig Lovett who was chief executive until 2008, has spoken out about his disappointment over the ordeal, stated a 11 June article in The Australian. 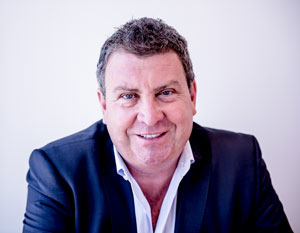 In response to allegations in the trade union royal commission that Cleanevent entered into anti-worker sweetheart deals with the AWU, founder Craig Lovett who was chief executive until 2008, has spoken out about his disappointment over the ordeal, stated a 11 June article in The Australian.
[See original post here]

His comments come as Tony Abbott said federal Labor leader Bill Shorten still had questions to answer about whether ‘sweetheart deals’ were done in his time as union leader.

Lovett said he was shocked by what has been alleged at the commission, but the 2004 and 2006 enterprise bargaining agreements were legitimate and did not involve any of what’s alleged of the 2010 deal.

“It’s surprising to read it. Yes, it is disappointing,’’ he said, speaking from the US about the allegations emerging about the 2010 ‘side deal’ that cost workers $6 million but netted the union $75,000 to spend on memberships. ‘Lovett said in his time as chief executive, Cleanevent did not pay unions in exchange for favourable treatment or pay money for membership,’ reported the article.

“It (the 2006 agreement) had incredible scrutiny at the time. And it was a great deal for staff and for doing business in the major events industry,’’ he said.

The Prime Minister moved yesterday to increase the pressure on the Labor leader over the allegations. “It’s just not good enough for him to stonewall in the face of perfectly reasonable questions about whether these sorts of sweetheart deals were done in his time as a union leader,” he said.

But Lovett said Shorten and his predecessor Bob Smith were “people who wanted to listen and understand the plight of ­people working for us”. “I found Bill to be open and trying to be understanding to some of the issues that we faced,’’ he said.

‘However, others remember the 2006 agreement as more bene­ficial to the company than the workforce, particularly when benchmarked against competitors’ arrangements. Former Cleanevent human resources chief ­Michael Robinson told the commission the 2006 agreement “contained extremely favourable terms for Cleanevent, particularly in relation to the terms of employment of the casual employees” who were paid $18 an hour on public holidays versus $45 an hour at competing firms.

‘Cesar Melhem, who succeeded Shorten as AWU state secretary, conceded at the commission that the 2006 deal in retrospect was unfortunate for some casuals, but he was not aware of that issue at the time.

‘Lovett said during his time at Cleanevent there was no practice of compulsorily or surreptitiously signing people up to be AWU members. “We gave the option to people as to whether they wanted to be a union member or not,’’ he said.

‘Lovett stood down as chief executive in 2008 but remained on the board until March 2010. He said none of the claims about the false invoicing, sweetheart deals and phantom memberships reached the board level when he was there’, reported The Australian.